WITH A BIBLIOGRAPHY OF THUMB TIE METHODS

fk N MANY occasions, when magicians are discussing the Magical Classics, such as the Cups and Balls, the Linking Rings, the Egg-Bag, Rising Cards and similar effects one hears the Thumb Tie also included. It may be debatable whether or not this effect should be included amongst the classics; but there is little room for argument that, compared with the effects named above, not nearly so many performers have featured the thumb tie in their programmes, nor has nearly so much been written about it as about the others.

It is generally believed that the Ten Ichi troupe of performers introduced the effect into this country. It would be interesting to know how many present-day magicians saw them perform it. Unfortunately the writer did not. Horace Goldin stated that he had performed it in his early days, having learned the method from Ten Ichi and then altered it to suit himself; but I have never met a magician who saw Goldin perform it in England.

It was certainly one of the strongest effects in the repertoire of the late Arnold de Biere; and earned for him greater kudos than many of the larger spectacular illusions which he performed.

Other well-known performers who have featured the effect are Robert Harbin, Howard de Courcy, The Great Levante, Voltaire and Yett-mah. Billy O'Connor has a very wide knowledge of thumb tie methods although, in his stage act he uses only cards.

One may wonder why the Thumb Tie, which when well presented never fails to obtain from the audience a most enthusiastic reception, has not been exploited by many more performers than is actually the case. Trying to find a reason one comes to the conclusion that there may be two main causes. The first is because, unlike the rest of the classics the real secrets of the best, and most successful methods of performing the feat have never been fully described in magical literature. Star performers have kept their secrets to themselves, and the methods described in print are written by people who have never made a real success of the effect. The use of fakes, thumb-screws, straps, tape, etc., instead of cord or string as in the original Ten Ichi method, and in the method of all those performers who have made this a star effect, seems somehow to detract from the appreciation of the audience. One may suppose that they are suspicious of the real restricting properties of these methods.

Let us consider for a moment the basic effect. Like the Linking Rings it is actually an effect of Matter through Matter. Therefore unless the audience are convinced that the thumbs are so securely fastened that they cannot, by trickery, as distinct from some wonderful skill, be separated, and also that the hoops used are solid, then maximum effect is not obtained.

This brings us to the second reason for lack of performers.

If one is to allow the thumbs to be tied so tightly that anyone, given a perfectly free •opportunity of examining the tie will agree that the strings cannot be removed from the thumbs, one needs first of all to know the secret, and then a considerable amount of practice, to acquire the necessary skill together with genuine showmanship in order to " sell " the effect to maximum appreciation. How many present-day magicians are prepared to put in the amount of hard work necessary to the proper presentation of this effect when there are so many other wonderful magical effects which can be performed with far less effort and exertion.

In the writer's opinion, by far the best method of having the thumbs tied is to allow those tying them to do so so tightly that it is obvious that no slack is held in the string. Then to allow a thorough examination of the tied thumbs, with the offer that if any member of the audience can pull the strings off the thumbs then they will have to be tied more tightly. After that, when examined "hoops pass on the arms the spectators are completely nonplussed. To the best of the writer's knowledge this method is very little known and lias never been described in print. Someday it may be published; but, until it is, those wishing to gain more knowledge of thumb tie methods than they have at present might like to consult some, or all of the sources of information given in the following bibliography.

A BIBLIOGRAPHY OF THUMB TIE METHODS

ANDREWS, Max.—Sixteen Thumb Tie Gems. As far as can be ascertained this is the only book ever published dealing exclusively with Thumb Tie Methods. As the title indicates, sixteen tricks are explained but the author does not claim that his list is complete. 52 p.p. (7£ x 4f), 20 sketches, stiff boards, London, no date.

ANONYMOUS.—The Art of Modern Conjuring. Page 199, 1 photo, (page 203). Describes a method where the performer has his thumbs well greased with vaseline! London 1909.

DECRAMPS, Henri .—Supplément à la Magie Blanche Dévoilee. This is the first record of the trick we have been able to trace. Describes two methods, (a) With cord or string, (b) With faked ribbons. 35 pp. (Octavo) Paris 1785.

SELBIT, P. T.—The Sphinx. December 1938. Page 252. In an article by Nate Leipzig, regarding Selbit, it is stated that the latter used to perform the Thumb Tie. No details are given. New York.

STANYON, Ellis. — Magic, October, 1909. Page 7. London. No explanation of how to perform the effect, but an advertisement of "a genuine and thoroughly practical professional method." (Price 2/6). 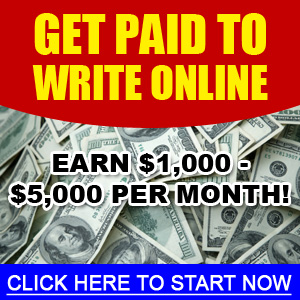 Get Paid to Write at Home