Interlude 2 On keeping an open mind 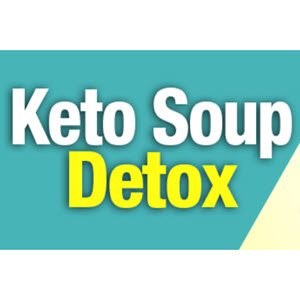 The notion of 'keeping an open mind' arises so often in the context of psychic readings that it warrants separate discussion. Time and time again, I have seen psychics urging commentators, clients, sceptics, TV viewers, journalists and anyone else who will listen to 'keep an open mind'. The implication is that an open mind is a characteristic of the fair, the reasonable and the intelligent. By implication, anyone who does not have an open mind is unfair and unreasonable, and hence their views can be dismissed. This is nonsense.

An open mind is appropriate in situations where we have no good evidence one way or the other. Suppose I meet someone for the first time. Should I be prejudiced about that person's character, likeability or integrity, based on their looks or race or creed or accent or anything else? Of course not. I should retain an open mind as to what that person is like. They may turn out to be among the most fascinating, likeable and charismatic people I have ever met. Or not. Time will tell.

The same applies to other facets of life. If I want to pursue a given goal, perhaps creative or business-related, should I assume from the start that I will never succeed and my efforts will be wasted? Not at all. It is far better to retain an open-mind, to give it my best shot - with a positive attitude and the corresponding positive effort - and see where I get to.

What about those involved in scientific research? Should they be making pre-judgements about what they will, or will not, discover? Just to take one example, will research into genetic engineering ultimately provide a cure for cancer? An open mind is all we can have, because at the moment we just do not know.

In all these cases, an open mind is appropriate. However, it is inappropriate to retain an open mind in cases where there is already plentiful evidence backing one view as against another.

Imagine you are in a plane flying at 20,000 feet. The captain of the plane starts thinking along these lines, "Gee, everything in the history of aeronautical science, and every experience of every airline pilot in history, suggests that to keep this thing in the air I need to keep the engines running. But hey, I'm going to keep an open mind. I'm going to cut all the engines, and dump our remaining fuel. Who knows, maybe the plane will still fly." Do you really want that captain to keep an open mind about this?

Or imagine you're dining with friends at a favourite restaurant, and you have ordered the tomato soup. Do you really want the chef to be thinking, "Well now, everything we know about human nutrition, and every ounce of gastronomic training I have, suggests that I should not add a large dose of cyanide to this soup. But hey, I'm going to keep an open mind. Maybe it will taste better, and everyone will love it."

These are absurd examples, but only because the notion of keeping an open mind in these circumstances is absurd. It is similarly absurd with regard to the claims made by psychics.

Serious and devoted psychic research dates back to at least the start of the 20th century. It has been vigorously pursued all around the world, and in some cases has been extremely well-funded (in some cases courtesy of military budgets in search of a new advantage over the enemy). This is a lot of research, in a lot of places, over a lot of time. All this work, all this effort and all this time has failed to deliver any good evidence whatsoever that psychic ability exists - at least, not of the kind allegedly manifesting itself in psychic readings.

This does not amount to proof that psychic beliefs are bogus remnants of outmoded, irrational and superstitious models of the world we live in. But it does amount to good reason to abandon an open mind', and to say instead that if the believers want us to acknowledge the reality of psychic ability, the onus is on them to prove their case. Whatever proof they provide, it will have to consist of something that cannot equally be attributed to the effectiveness of cold reading.

The Power Of Charisma 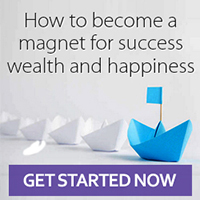