After Hours Magic: A Book of Al Thatcher Card Magic

Effect: The plot is similar to that of "Computer Dating" The deck is shuffled, then cut into two even piles. A spectator is offered a selection of either half. He cuts this packet once or several times, until he is satisfied that the cards at top and face are random ones. He is then given the choice of either card and told to place it in his pocket while the performer turns away. The spectator drops his packet onto the rest of the deck and buries it by cutting the cards.

The performer takes the pack and gives it a shuffle. Then he runs quickly through the cards and throws one onto the table. When the spectator removes the card from his pocket, the performer's card is found a perfect match in both value and color.

Method: The stay-stack is again responsible for the location of the mate to the spectator's selection; but the method of identification is entirely different from that used in "Computer Dating". Give the stay-stacked pack a faro shuffle or two and divide it at center (between the centered pair of mates). As you do this, glimpse the bottom cards of both halves and remember them. You needn't remember suits, just values and colors; for example, red ace, black seven. Don't separate the halves just yet. With your left fourth-finger, retain a break between them as you hold the deck face-down and talk for a few moments. Then casually cut at the break and set the halves face-down in front of a spectator.

Because of the nature of the stay-stack, you now know the top and bottom cards of both halves. The mate to the top card of one half lies on the face of the other, and vice versa. Again, all you need remember are the values and colors of the two glimpsed cards.

Invite the spectator to pick up either half and give it one or more straight cuts. When he is satisfied that you could know neither the top nor bottom card of his packet, tell him he has a choice of either one. If he wishes, he can cut again before he decides between the two. Turn your head away and tell him to place the card of his choice into his pocket. Once the card is out of sight, turn back to him and ask that he drop the half he holds onto the tabled half. Then have him give the pack a straight cut to bury his portion.

Pick up the deck and give it one perfect straddle faro. It does not matter if the top half is woven into the bottom, or the bottom into the top. Square the cards and turn them faces toward you. Then quickly run through them, watching for any of your four key cards (red aces, black sevens). The two keys from one half will lie together hi the deck; ignore this "empty" pair. The other two keys will have one card sandwiched between them. This is the mate to the selection. Remove it from the pack and reveal the match.

In the unlikely event that the spectator happens to choose one of your key cards, after the shuffle you will find the remaining three keys together tn the pack. The center card of the three is the mate to the selection.

Find that special someone to share romantic moments with and feel on top of the world. THE COMPANION OF YOUR DREAMS COULD BE WAITING JUST FOR YOU. FIND PEOPLE WHO YOU WOULD LOVE TO DATE. AROUSE THEIR INTEREST IN YOU. ENTICE THEM WITH YOUR PERSONALITY AND EXPERIENCE UNFORGETTABLE MOMENTS. Discover the secrets of identifying the right person and getting yourself a date. 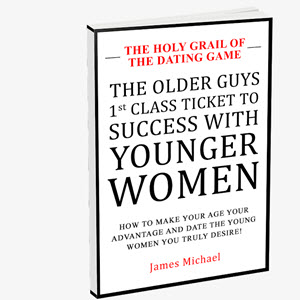