Forgive me, but I'm going to spend the next few paragraphs reminiscing.

I met Harry Riser in the early 1970's, and the meeting completely changed my magical life. I was in my early twenties, and had spent most of my life apart from other magicians. I was a voracious reader, however, and I thought that I knew a lot about sleight-of-hand magic. The first evening I spent with Harry was a revelation. He bashed my brains in, mostly by doing one effect over and over: I would cut the deck, look at a card, and then bury the cut. Harry would repeatedly find the card. Months later I learned that Harry had used a different method each time; some methods used the faro shuffle, some used sleights, some used subtleties, and, in the parting shot that had sent me reeling out the door, he had rung in a gaffed deck.

Harry and I spent a lot of time together over the next dozen years, and what I learned from him had less to do with tricks and more to do with a philosophy of magic, a philosophy which Harry absorbed from his mentors Dai Vernon, Charlie Miller, and Stewart Judah. It is this philosophy which I began to apply to my own work, and which continues to guide me today.

Harry is, of course, well known for both his convention appearances and his wonderful column in M-U-M. But when we first began to session he was not as visible in the national magic community, and his methods and routines were a constant source of speculation and interest to "inner circle" magicians. In 1977, Harry and his long time friend Ed Brown traveled to the Washington, DC I.B.M. convention, and during the course of the convention Ed began to convince Harry that his material should be recorded and eventually published in book. Ed, who is a professor at the University of Illinois, began to prepare a manuscript which was turned over to a publisher in the early 1980's. There the manuscript sat, unpublished, for many years. I feared that Harry would never see the book published in his lifetime. In fact, I wasn't so sure that the book would be published in my lifetime. (In fact, what I thought might happen is that the book would be serialized in the form of "notebooks," in which case no one would ever see the completed book in their lifetimes.

Fortunately, the manuscript was returned to Harry, and Harry turned the project over to Kaufman and Greenberg for publication. And I am delighted to report that the book is finally out. It is titled The Feints and Temps of Harry Riser, and it is wonderful.

The terms "feints" and "temps" come from The Secrets of Conjuring and Magic by Robert-Houdin, and in the Introduction to Harry's book Ed Brown explains how Harry applies these concepts to his own work. Be sure to take note of the excellent "Gambler's Top Cop" which is explained here. A wide array of magic follows the Introduction, including tricks with cards, coins, balls, and miscellaneous props. Those of limited technical ability will be happy to know that many of the routines require very little sleight-of-hand. I will just touch on a few of the highlights.

The book proper begins with "The Walnuts Trick," Harry's handling of a routine published in The Vernon Chronicles, Volume 2. The effect is this: three walnuts vanish from the hands one at a time. They appear under a glass which is inverted on top of a tin plate. This is a very clever and commercial routine, and is very practical in an intimate stand-up setting. Following this routine are two card routines which are among my favorites: "The Instant Speller" and "The Distraction Factor." Neither requires great skill, and both are very commercial.

Harry is, of course, well known as a card expert, and there are many excellent card routines in the book. Be sure to take a look at "Erdnase Aces," "Three Card Metamorphosis," "Wild Homing Card," "Five Card Monte," "Dealers School" (which includes Harry's system for marking cards), "The Poker Lesson," and "The Practice Deck," which is a very fine handling for the "All Backs" effect.

Harry also creates fine coin magic, and eight coin routines are included in the book. My favorites are "The Jumping Bean Coins," and Harry's handling of "The Cap and Quarters." (Harry's clean-up for the latter routine is one of the great moments in close-up magic.)

Finally, there are ball routines, including a complete description of "Harry's Cup and Balls." This is a legendary routine and is beautifully constructed. It does require lapping, however, so it is perhaps best suited for informal performance situations. Other ball routines of note are: "Ball, Cone, and Box," which combines the classic "Ball and Cone" trick with the Morrison Pill Box (one of the most ingenious props ever made); "The Close-Up Billiard Ball Routine," a four ball production done close-up; and one of my favorite Riser routines, "The Golf Lesson," in which five multi-colored golf balls are produced during a tongue-in-cheek explanation of how to play golf. This is a fabulous routine for the stand-up performer, and is one of the highlights of the book.

Here's a couple more thoughts before I wrap this up. Harry is a student of the classics, and throughout the book you will find the influence of Erdnase, Hofzinser, Robert-Houdin, and Sachs. He believes in naturalness and uniformity of action. He constructs routines so the most intelligent spectator will be deceived. If you read carefully and think about what you're reading you will be able to apply these principles to your own work. Harry has never made his living as professional magician, but he has done a great deal of performing, most of time in casual settings for business associates. You may that some of the routines are a bit too long for current close-up venues. But if you understand the "how and why" of a routine's construction, you should be able to alter it to fit your performing requirements.

Concerning the construction of the routines, pay particular attention to Harry's use of gaffs. Considering that Harry is most often thought of as a sleight-of-hand expert, you may be surprised to discover that many of the routines in this book use a gaff of one type or another. It is the intelligent use of gaffs which makes Harry's magic so devastating; the gaff gets rung in and out without raising the slightest bit of suspicion.

One other point I want to make concerns Ed Brown's writing style. Ed's instructions are clear and concise, but he is not given to hyperbole. There are stratagems and techniques which I think are enormously clever and useful which are tossed off in a sentence or two, without any undue emphasis being placed on them. I'll give you an example. Harry has a card control which is absolutely diabolical; I use it every time I perform. I raved about it in one of my books. In this book it flies by without comment. My point is this: Read carefully. Make notes. Think! You will be rewarded for your efforts.

Well, I guess I've gushed enough. I'm so happy that this book is finally out. My congratulations to Harry, Ed, and Earle Oakes (who did the excellent artwork). And thanks to Kaufman and Greenberg for finally bringing a "mythological" book to reality. Highly recommended. As a golfer you know how bad it can be if you are hitting the ball too short for each drive. It can cost you the game and a really bad score. If you need to learn how to hit the ball a bit further at each hole you need to read this ebook. 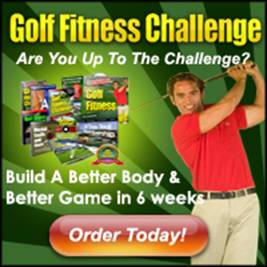