THE no is Chronicles 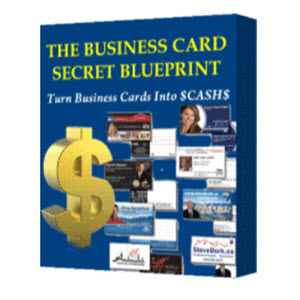 A strange trick indeed. The KD is cut into 5 pieces. The face-down pieces are then assembled to form the original card again, Fig. A.

The trick is self-working. You do not

Mils u no bii Matsuyama's

load in, steal out or switch pieces. You use just the apparatus shown on the previous page. The card can be carried in the wallet and is always ready to work.

Method: Mitsunobu Matsuyama suggests that you peel a King of Diamonds, then cut the face portion and glue it to the back portion so that it looks like Fig. C below.

Now repeat the process with the face-up red-backed KD, but trace it from Fig. B on the previous page.

The pieces can be carried in the wallet. When ready to perform, dump the pieces out, turn all five face-down and have the spectator assemble the facedown card.

The complete card is then turned face-down and the card cut as shown in Fig. A on the previous page.

Those who may have trouble dry-splitting a playing card can use the following method of making the card. For the sake of this eiqplanation, we will use a red-backed KD and a blue-backed KD.

First note that the playing cards depicted here are the same size as poker size cards. Place the blue-backed card face-down on the table. Place a piece of carbon paper on top of it, carbon side down, and line up Fig. A on top of that. Trace the cut lines. Then place the facedown KD in front of you and go over the cut lines with pen and straight edge.

Cut the card along the cut lines. You will have five face-down blue-backed pieces. Turn each piece face-up.

d face-down card, it takes only four to assemble the face-up card.

At the finish pick up the five pieces and return them to your wallet. If the spectator asks to see the card a-gain, what I do is to have another KD cut as in Fig. B, This is just the regular KD, cut into four pieces. This KD is handed to the spectator, along with the tiny square from the other set. Now the spectator finds a situation where the card assembles with four pieces either face-up or face-down.

If you don't wish to mark up your copy of Chronicles to trace the cut lines, make a xerox copy of the illustrations and use those. If you make a xerox of "A" and a xerox of "B" and paste them together so appropriate pieces match up, you can get an excellent idea of how the paradox works.

If the spectator is allowed to try out the trick three or four times, he'11 eventually be led to a question; if the card is assembled as in Fig. A, and he turns over the entire card as a unit, will it look like Fig. B?

Of course the answer is no. It will look like Fig. C. This is not likely to give the spectator a clue as to the method, but there is a way to kill even this line of thought.

Once the spectator has formed the back of the card per Fig. A, you turn o-ver each piece in place. That is, you turn each piece over side for side. This results in a subtle reversal of the two center panels, and the end result does look like Fig. B. Everything appears logical and so the spectator is not likely to question the construction of the card.

Business Card Variation The easiest way to make up the basic puzzle is to take a file card and trim it to playing care size. Then trace the cut lines of Fig. A on this card.

Number the five panels just so you can tell this side of the blank card from the other.

A reduced version of this can be used with your business card. Writing-side-up, it takes five pieces to make the complete card. Remark that when your agent does it, he completes the card with four pieces. Point to the 5th piece and say, "That's his ten percent."

You may want to make up a version where the extra small piece is not an in-dice corner but one of the blank corners of the playing card. To do this, use a mirror image of the cut marks.

Ten To One Trick (Pg. 1206) : During the course of the opening paragraph of this routine Roy Walton mentions a trick of his called "Palmist's Prophesy." The name rang a bell (and well it should) but I was unable to locate the routine.

Subsequently this was mentioned in a phone call to Harvey Rosenthal, who came up with the information that Walton's trick appeared in Hudson's column in the June '73 LR. He then added that the Karl Fulves version appeared in the Sept. 74 LR, and was reprinted in Close-Up Mental Magic, under the title "Close Call." Charles Hudson and Mike Rogers also had versions of Roy's trick in LR during this period.

Matsuyama's Jigsaw Pg. 1235): This is an excerpt from a Mitsunobu Matsuyama letter of May 28, 1979: "After I read your letter, I rang up two amateur magicians who had created the original idea using double face pieces. They are Mr. Yasuo

Kiga and Mr. Masao Atsukawa, who took "Tenkai Ishida Award" in 1972 and 1969 respectively.

"More than ten years ago, they created their puzzle tricks independently. These tricks are something different each other. The trick I sent to Gardner is based on Mr. Y. Kiga's version."

{KF note: I first learned of the trick from Martin Gardner. This version, plus those listed above, stem from ideas on the geometric vanish in Gardner's Mathematics, Magic and Mystery. Another trick in this category is "Five Into Four" in The Book Of Numbers. Another version of the jigsaw premise is "Mate Two" in Chronicles #13. Add a little HyperCard and you should come up with a card routine like no other.)