There is more to Opening a woman than simply knowing what to say.

Indeed, the process of Opening a girl can be quite involved. I don't want to bog you down with too much theory here, because honestly, every rule or guideline I lay out in this book can be broken if the context is right, but I think this is an important concept for everyone to grasp.

Interest can be defined as any "involvement with or participation in something."

A dictionary-like example of this would be: She has an interest in the quality of her education. So in this respect, we're treating the word "Interest" as a verb, or action that one does.

This is important to know, because most people can be very transparent with their interests, especially when it comes to dealing with other people.

Have you ever heard anyone talk about someone they've just fallen in love with? As they're telling you about that person, their eyes grow wide, their speech gets faster, they get more energetic as they recall traits about that person they like, etc., etc.? Well, that's a perfect example of how someone shows Interest in another person.

As human beings, we have an innate instinct for when people are interested in us. This is because we can recognize certain traits and behaviors that signal the person we are interacting with has a certain kind of interest in who we are, what we do, etc.

When someone is sexually attracted to us, there are certain signals we pick up on which telegraph this Interest.

Women have seen these signals NUMEROUS times from countless men, and they are very sharp when it comes to picking up on these signals of Interest. I call the displaying of these signals "Telegraphing Interest"

Telegraphing Interest is not a good thing to do when you are approaching a woman for the first time.

Now, obviously, whenever a man approaches a woman, she knows what's up. Most girls are very savvy to the fact that the reason men approach women at all is because they are sexually attracted to them.

But by Telegraphing Interest, you are making it obvious to her conscious mind what your intentions are, and this will put her on guard.

Basically, any sign of interest early on will make your seduction down the road harder than it needs to be, because it raises the girl's value and her power in the interaction you'll be having with her.

Basically, in order to combat this, you have to shift gears a bit and start Telegraphing DISinterest.

When you approach a girl for the first time, your goal should be to display as few of the signs that you're interested in her as possible. You can do this by utilizing the concept of "active disinterest."

Now, those two words may seem rather paradoxical when matched together, but trust me, it'll make sense. There is an important reason why those two words should be paired up.

I'll explain it to you by first illustrating its opposite.

Let me give you an example of what I'm talking about: Have you ever been out and about, maybe in a bar or a club, and you see a beautiful woman. And after spotting said woman, you simply stand there, waiting for her to notice you and approach you? So you sit around trying to act cool, acting like you don't see her, projecting a confident, macho attitude which you hope is magnetic enough to get her attention?

Now, ask yourself how often that works.

I'm willing to bet the answer is "Hardly ever," if at all.

In short, your target is not aware you feel ANYTHING for them. Rather, the distinction that you're "disinterested" in your target is only apparent in your mind.

The opposite of this is when you actually take the action necessary to become noticed by the woman, while still portraying that disinterested attitude. Hence -- "active disinterest."

This is where you will approach a girl, and open her, without telegraphing any interest at all.

Why is this effective? Especially since we already established that most women know that the man is interested if he approaches in the first place?

It's because the active disinterest goes CONTRARY to that initial suspicion by the woman that the guy is there to hit on her.

In short: You are sending mixed signals!

But why act disinterested at all? Why hide your intentions? Obviously, you're attracted to the girl, otherwise you wouldn't be bothering to approach her. But put yourself in their position for a moment.

Imagine going through your average day, and being approached by a number of people who compliment you on your looks, your clothing, or an accessory of some sort, all because they want something from you.

Kind of cheapens those compliments, doesn't it? Especially when the seventh person of the day comes up and tells you how cool your purse is.

This is the reality of women, especially beautiful women.

Women know men want to have sex with them. They get untold offers every day to have sex. Guy after guy will approach with that exact goal in mind. So girls, naturally, become accustomed to rejecting advances that telegraph intent, much the same way you might respond to a vagrant asking for change as you walk to work. You know what he is going to ask and you are prepared not to give it to him.

When you approach a woman and say "Hey baby, lookin' good tonight," you are telegraphing interest in an aggressive manor.

By the same token, when you sheepishly approach and say "Hello. May I please buy you a drink?" you are not only telegraphing interest, but also doing so in a very wimpy (and unattractive) way.

But when you enter with disinterest, you are neutral.

You do not telegraph interest while neither coming off aggressive nor coming off wimpy. You are simply "Neutral."

This neutrality is important, because it gives you the widest possible palate from which to paint the rest of your interaction with the woman you are talking to. She suspects you're interested in her, but she can't quite prove it. It gives you the opportunity you need to win her over.

But being neutral simply isn't enough, you must also be engaging. Otherwise you run the risk of making the girl bored and having her walk away looking for something more interesting to partake in.

This brings us back to our good friend, the Opener.

How To Easily Approach, Attract And Seduce Models! Finally, you can discover the insider secrets of attracting Models the hottest, sexiest and most desired women in the world...even if you don't have the money, success or looks. 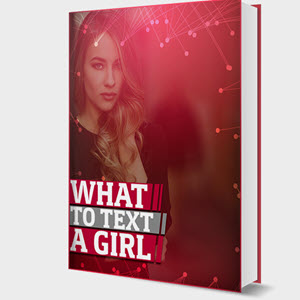 Your Mind, Good Friend, Have Sex, Have Sex With, Approach Women, Approach A Woman